Astronomy is a field where the universal objects and phenomena is been studied. Generally, it applies theory from other subject categories such as, Mathematics, Physics and Chemistry in order to demonstrate evolution of universal objects and phenomena. Demonstrated interest includes, planets, stars, moon, nebulae, galaxies and comets. Most of the phenomena which are originated outside the earth’s atmosphere are considered under Astronomy. Physical Cosmology is the study which is reated to the universe as a whole. Astronomy has a long history. Most of the past civilizations such as Greeks, Indians, Babylonians etc. has enhanced knowledge through astrometry, celestial navigation, making of calendars etc. 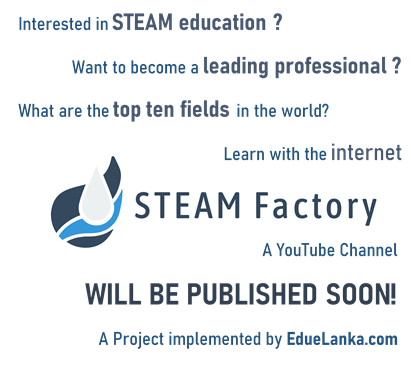 Twenty thousand year old water found in Maldives. #scienceteacher #steameducator
As a solution for flexibility and framing, the modular T-slot aluminium extrusion system has spread throughout the global industry. Nowadays Aluminium extrusions are commonly used in structures in industrial automation, material handling and machine safeguarding applications, where it provides the formation of skeletons (structure) for machines, conveyors, cabinets as well as aluminium opening framing. #Engineering #Science #steam-education
Some of the researchers in US has done studies on shock compression to infer the structure of a novel superionic phase of water ice which forms under high pressures and temperatures. The result of this study could potentially be important for researches and scientists in order to understand the properties of numerous planets with ice in our solar system and beyond. #Science #Chemistry #Astronomy #steameducation Posted by EdueLanka.com